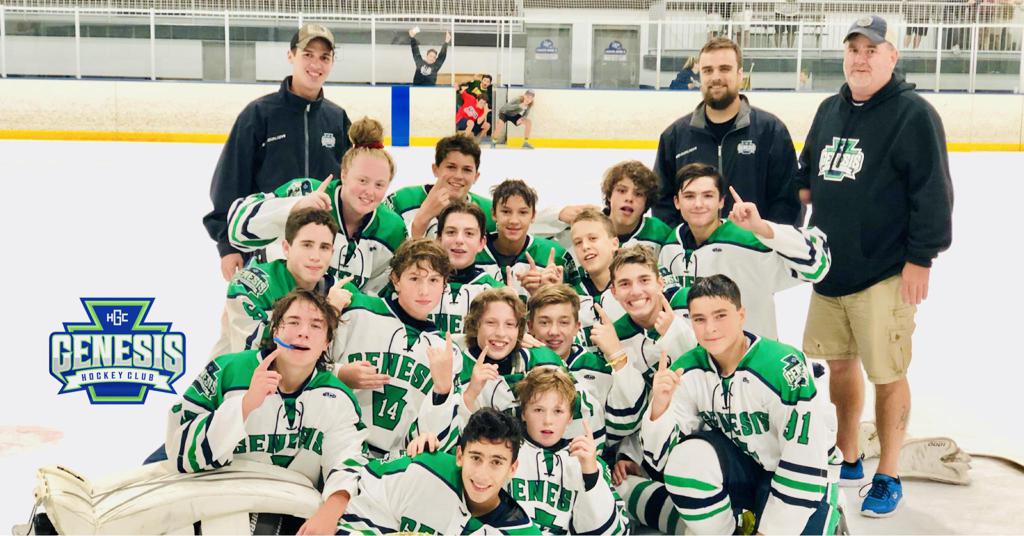 Genesis opened the tournament with a win over the Valley Forge Colonials 8-2 on Friday night and returned Saturday morning to drop a close one to the LV Phantoms 2-1.   In game 3 Genesis rebounded with a win over the Exton Kings by a score of 2-0 to put them into the finals.

In the Championship game GHC once again faced off against the LV Phantoms who took them 2 OT's and a four round shootout, where the #GreenMachine came out on top to cap an awesome weekend of hockey!

Congratulations to all players and coaches.